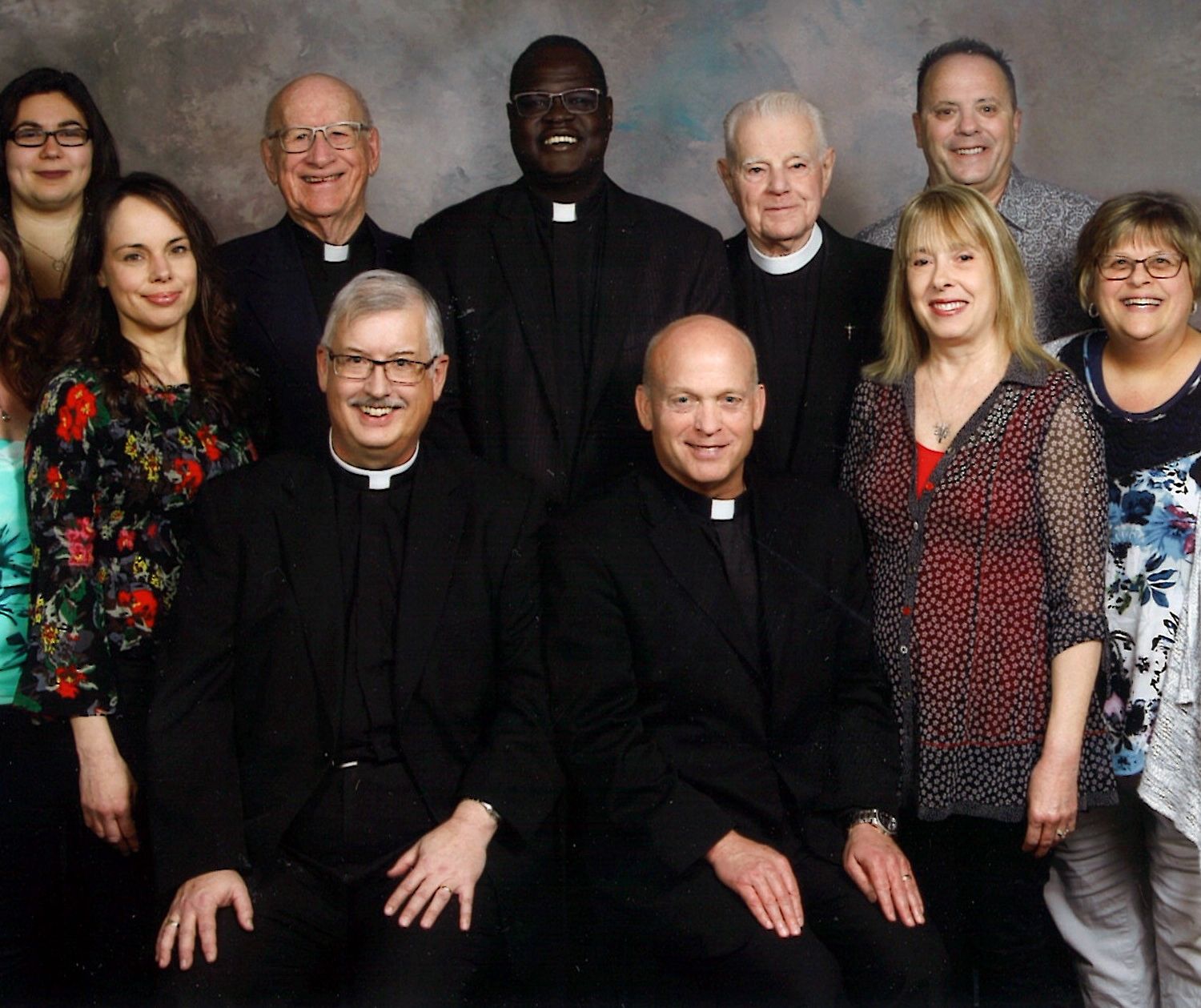 On Sunday, September 6th, 2009, Reverend Nolan Astley was installed as Senior Pastor of Holy Cross Evangelical Lutheran Church. Pastor Nolan Astley was born and raised in Edmonton, Alberta the oldest of the three children of Douglas and Marlene Astley. He completed his undergraduate education at the University of Alberta, majoring in Western Canadian history. During his time at university he worked part-time as a news reporter for the university radio station and in his final year was president of the Student Union. During this time God was also leading him to consider the Holy Ministry as his vocation. Following graduation he enrolled at Concordia Seminary in St. Louis, Missouri. Upon completing seminary in 1985, he was placed at Lutheran Church of the Good Shepherd in Kamloops, BC. In the fall of 1990 he accepted the call to serve First Lutheran Church in Lloydminster, Alberta and also served Zion Lutheran Church in McLaughlin, Alberta. In March 2009, Pastor Astley accepted the call to serve as Senior Pastor at Holy Cross.

Service to the church-at-large has played a large role in Pastor Astley’s work for many years serving as a Circuit Counsellor, Chair of the LCC Commission on Constitutional Matters and Structure, Secretary of the Synod, Chair of the Board of Regents of Concordia Lutheran Seminary and Vice-President of the Synod. Presently he serves as Chair of the Synod’s Task Force on Seminary Education and was recently appointed to the editorial board of the Concordia Pulpit Resource. In 2006 he served as an instructor at the Lutheran School of Evangelism in Tanzania, Africa and in the fall of 2009 he will be a guest instructor at the Lutheran Institute of South Asia seminary programs in Thailand and Cambodia.

In April 1987 Pastor Astley married Susan (Kromm) at Connaught Hill Lutheran Church in Prince George, BC and they have been blessed by four children and three grandchildren.

Pastor Syens hails from the Vancouver area and is a graduate of Trinity Western University, Regent CollegePastorChuol , both in B. C., and Concordia Lutheran Seminary, Edmonton, Alberta. After serving a new church in Walnut Grove, B. C., he moved as an evangelistic missionary to Ukraine soon after the collapse of the USSR and began working with university students in Dnepropetrovsk, where his service was abundantly blessed. Pastor Syens was installed at Holy Cross in November, 2005 and gives direction to our church in the areas of evangelism, missions, youth and young adult ministry. His wife, Anita, also from Vancouver, has been a vital part of his ministry work since their marriage several years ago.

Pastor Chuol joined our ministry team on Sunday, November 18, 2018 as Assistant Pastor to the Nuer speaking members.  God chose Pastor William at an early age to do His work, sharing God's Word in services to his fellow South Sudanese Christians for many years while he lived in Sudan and continued doing so while in the refugee camps where life was tedious and challengings.  Pasto Chuol continues this good work here now in Canada at Holy Cross as he serves the Nuer people in our congregation.

Pastor Wentzlaff, a native of Normanby Township, Ontario, came to Holy Cross in 1954 after his graduation from Concordia Seminary, St. Louis. He devoted his entire working career of 40 years to our church, retiring at the end of 1993. The next year he was declared "Pastor Emeritus" by our congregation and has served as communion assistant, preacher, resource person, wise spiritual counselor and friend to many.

Raised just two blocks from Holy Cross, Debbie attended our Vacation Bible School as a child and returned as a full adult member in 1983. After her high school graduation, she worked in the information systems department of Electrohome in Kitchener for 10 years before joining our church staff in 1989. She felt then that the Lord was moving her to put her gifts and talents to work to assist more directly with the ministry of the Gospel. She and her husband, Bill, are the parents of two daughters, Caitlin and Emily. Debbie oversees the day-to-day operations in our church office, provides support to our financial officers, manages our computer system, and is also the staff person responsible for privacy and copyright issues. In her own words, she sums up her work like this, "This is an exciting time to be a part of the team here at Holy Cross and I thank God for the opportunity to serve in this capacity."

Sylvia is our office assistant. She began work in our office in October, 2019. Sylvia assists Debbie Pritchard with the busy workload here at our church. She and here family  joined membership here in 2014. When you stop in to the church or call, she’s likely the first face you’ll see. Sylvia was raised in St. Catharines and was originally a member of Grace Lutheran Church, St. Catharines. She and her husband, Joe, are the parents of three children, Sarah, Jeremy and Jonathan.

Jennifer has assisted with choir and organ since the early 1980's. She officially became the organist in 1989, and was given the title Director of Music in 1993. She is the primary organist, director of the senior and youth choir, and coordinates all music for our Divine Services. Jennifer has an A.Mus. designation from the Western Ontario Conservatory of Music, and a B.Mus. (honours) from Wilfrid Laurier University. She is a Registered music teacher (piano) with the Ontario Registered Music Teachers' Association.

Kyle joined our staff in February of 2018.  Kyle has lived in Kitchener most of his life and enjoyed playing quite a bit of competitive hockey here growing up.  He likes to golf and boating is his passion and being at the lake.